SSAGO and Quidditch: A Superb Combination! 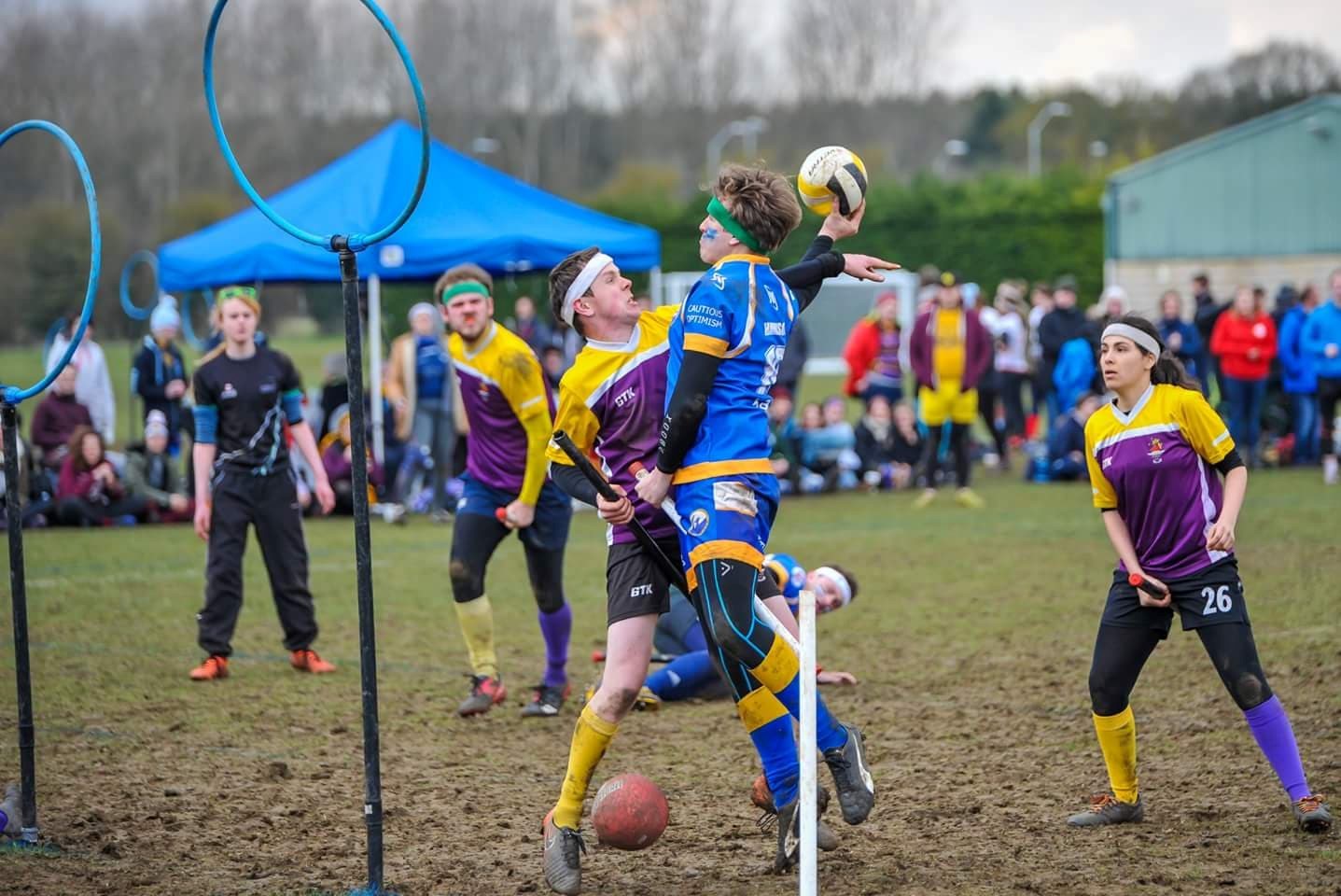 Looking for something new to get involved with or try with your SSAGO club? Why not try a game of Quidditch?

University it is an opportunity to take previous hobbies or interests to a new level, as well as to try those you have never done or even heard of before. For me SSAGO represents the familiar, while the latter is true for quidditch.

How did I get into quidditch? I became involved in the quidditch scene after a friend of mine in Liverpool convinced me and some others to play in a casual tournament called Tea Cup one summer. Although I had no experience or knowledge whatsoever the quidditch community are welcoming of people of any ability, having caught the bug this lead me to join the Liverpool quidditch club in my second year. I think that there is a great crossover between SSAGO and quidditch, both have a welcoming and inclusive atmosphere being open to anyone interested.

Quidditch is a full contact, mixed gender sport and yes, it is based on the same sport from the Harry Potter films. In real, muggle quidditch seven players on each team play a mix of rugby, dodgeball and tag. Three chasers try to score with a ball (called a quaffle) into one of three hoops at the opposing end of the pitch, meanwhile beaters use bludgers (dodgeballs) to temporarily knock players out of the game, and as if that wasn’t enough, seekers try to catch the snitch (a ball attached to the waist of a referee dressed in yellow) which ends the game. Like any other sport once you get the basic rules down it is a fun and entertaining game to play and watch. 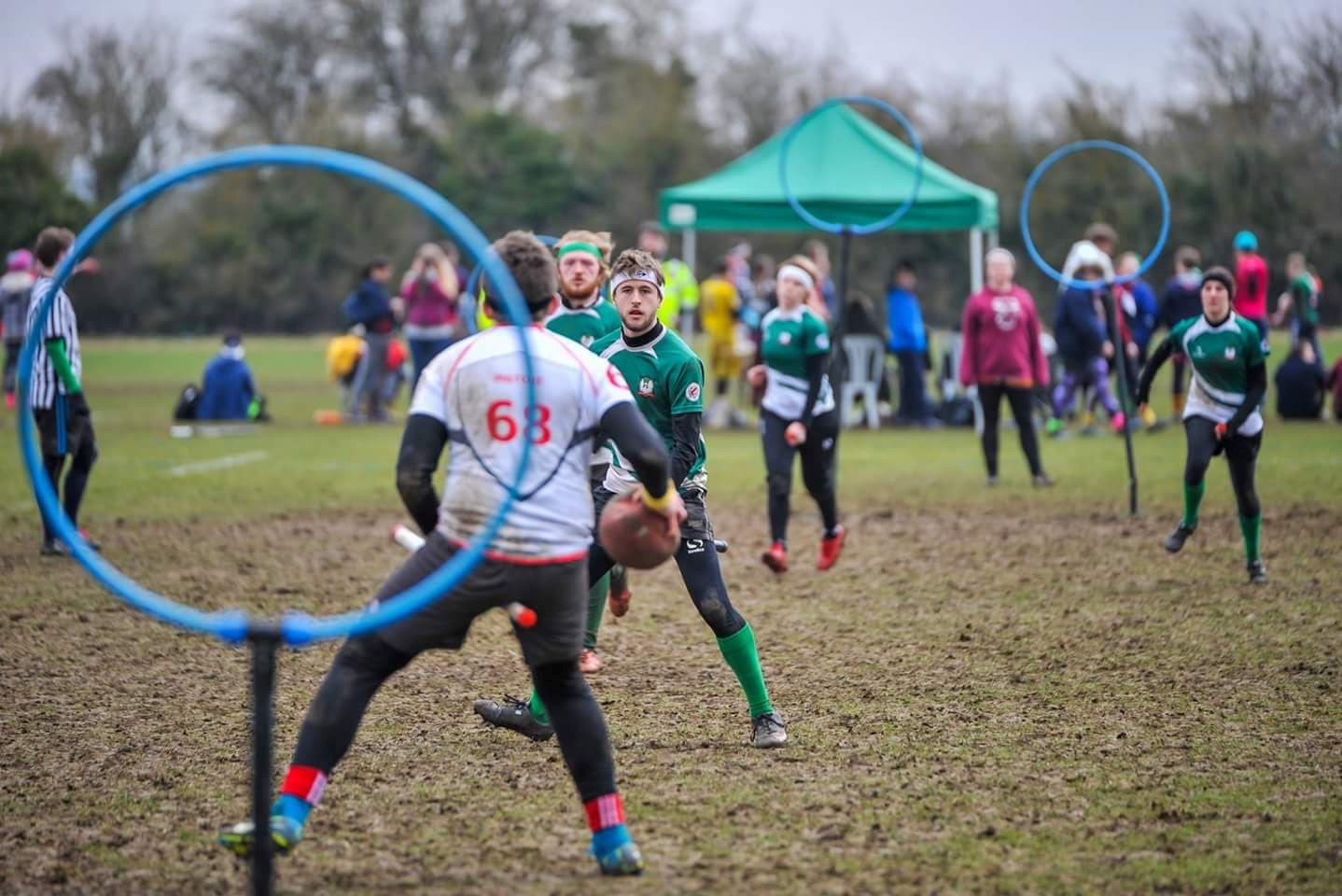 Over the Easter break me and another volunteer from Liverpool SSAGO attended the British Quidditch Cup in Oxford, the national competition of the top 32 teams in the country, including my own team; the Liverpuddly Cannons playing. We got involved as a fellow SSAGO member is now the Events Director for QuidditchUK. As volunteers we helped all over making sure the tournament ran smoothly, helping set up pitches and run merchandise stall. My time there over the weekend seeing things play out was a great experience. Highlights included seeing other people from SSAGO playing for their teams, being able to strike up conversation on the day be it hard core quidditch fans to local people coming across it while passing the sports ground.

"Scouts volunteering for us at our national tournament this year in Oxford was a massive help to the running of the successful event. From running the merchandise stall to welcoming spectators, they were always enthusiastic and hardworking, and I can't wait to see them more at events in the future."

Having been started by harry potter fans in US universities, quidditch has now evolved into a fully-fledged global sport where in the UK alone there are over 45 quidditch teams in the country. With competitions at regional, national, European and even international levels the sport has a lot to offer. This summer will see the 2018 world quidditch cup is being held in Florence, Italy with 32 teams competing from all over the world.

If you’re interested look up your local team or check out QuiddichUK.org for information on what is out there in the world of quidditch (alternatively email Events@QuidditchUK.org to get involved like we did!). After all, who know, the next Gadaffi plate challenge at rally could be a quidditch game!